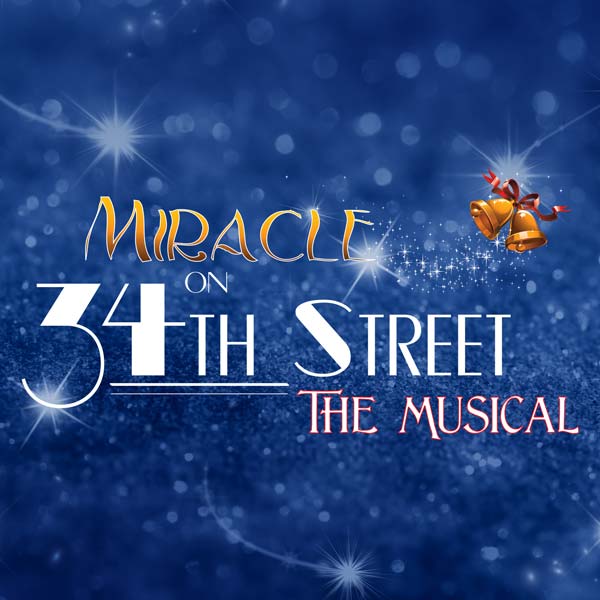 A holiday classic from the writer of the musical theatre classic, The Music Man!, and based on the movie of the same name, Miracle on 34th Street features a book and score by none other than Meredith Willson.

Single mother, Doris Walker, doesn’t want her six-year-old Susan’s head filled with romantic notions. Their neighbor, Fred Gailey, tries to woo Doris by charming Susan and taking her to see Santa Claus at Macy’s, where Doris works. Doris is not impressed, but when it turns out that Macy’s Santa may, in fact, be the real Kris Kringle, a wave of love spreads across New York City that melts even the most cynical hearts.

Filled with humor, spectacle and such beloved songs as “Pinecones and Hollyberries,” “It’s Beginning to Look a Lot Like Christmas” and “My State, My Kansas,” this joyous, heartwarming musical is pure family entertainment, wholesome without being cloying. A star-vehicle for a female actress that features great roles for children, the show is a cast- and crowd-pleaser. With its built-in audience base, Miracle on 34th Street The Musical is the perfect holiday treat for any theatre!

Kris Kringle
Kind old man who believes he is Santa Claus. He embodies all of the classic characteristics of the jolly, friendly, warm-hearted icon.
Gender: male
Age: 55 to 70
Vocal range top: E4
Vocal range bottom: B2

Readings and a dance. Song no longer than 2 minutes or 24 bars and bring 2 copies of music. Accompanist will be provided and please no CDs.